Inflation in the United States is running far above the Fed’s long-term target rate (2%).

The price pressures remain high at all levels of the economy:

On the demand side, the annual inflation, as typically measured by the consumer price index, accelerated to 7.5% y/y in January. The personal consumption expenditure (PCE), the Fed’s primary gauge of inflation when setting its monetary policy, rose 5.8% from a year ago in December 2021 – almost three times higher than the target rate.

On the supply side, the January producer prices pointed a sharp rise in January and jumped 9.7% y/y – near a record high for the benchmark. In the 12months to January, import prices soared to highest level in 11 years amid a rebound in the cost of energy products.

The Fed turned decidedly more hawkish after surging consumer inflation, now at a 40-year high, has pressured the monetary authority to revise the outlook that the inflation is transitory.

Worker’s hourly pay grew by 5.7% year on year in January, the highest increase since May 2020. The hike in wages is noteworthy even if inflation is eating up the gain. From the Fed’s point of view, a rapid increase in wages is also a signal that monetary policy should be revised.

The markets now strongly expect the Fed to push up interest rates in March. It will be the first hike of the six rate hikes in 2022. In addition to rate hikes, the Fed is planning to reduce the size of their balance sheets.

The New York Fed’s consumer survey shows that the consumers do not expect red-hot inflation levels to last in the long term. Expectations for the median 1-year-ahead inflation dropped to 5.8% for the first time since October 2020. 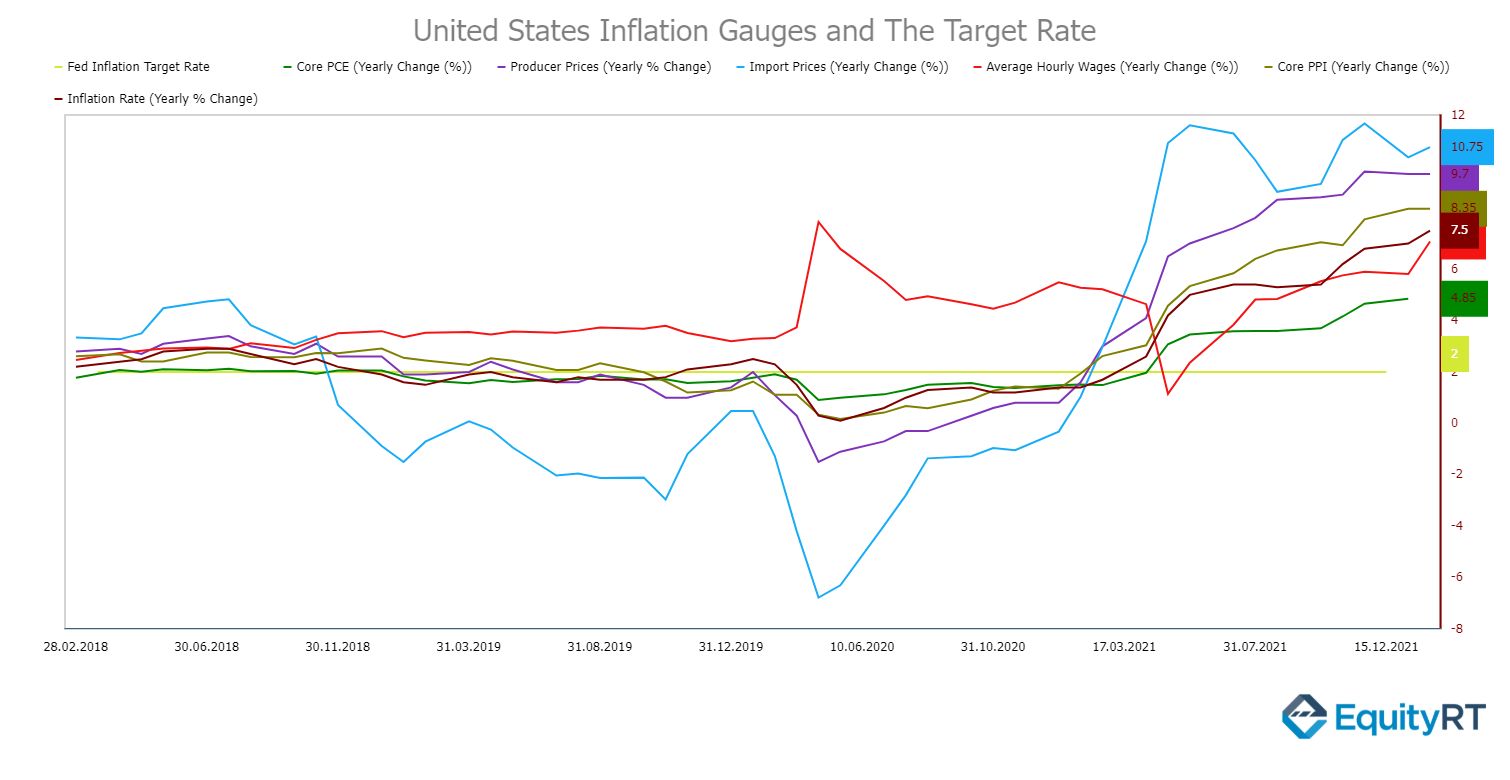 To cool off a hot economy, ceasing policy supports and hiking interest rates can help slow consumption as borrowing money becomes more expensive but too fast and aggressive action can have a counter-effect on the growth and price stability.

Check out EquityRT’s “Economics” section to access the indicators investors should track on the economic developments in the United States and around the globe.