The U.S Federal Reserve policymakers approved the sharpest interest rate hike since 1994 and lifted the federal funds rate by 0.75 bps during the June 2022 meeting on Wednesday. The hike has taken the benchmark to a range between 1.5% – 1.75%. 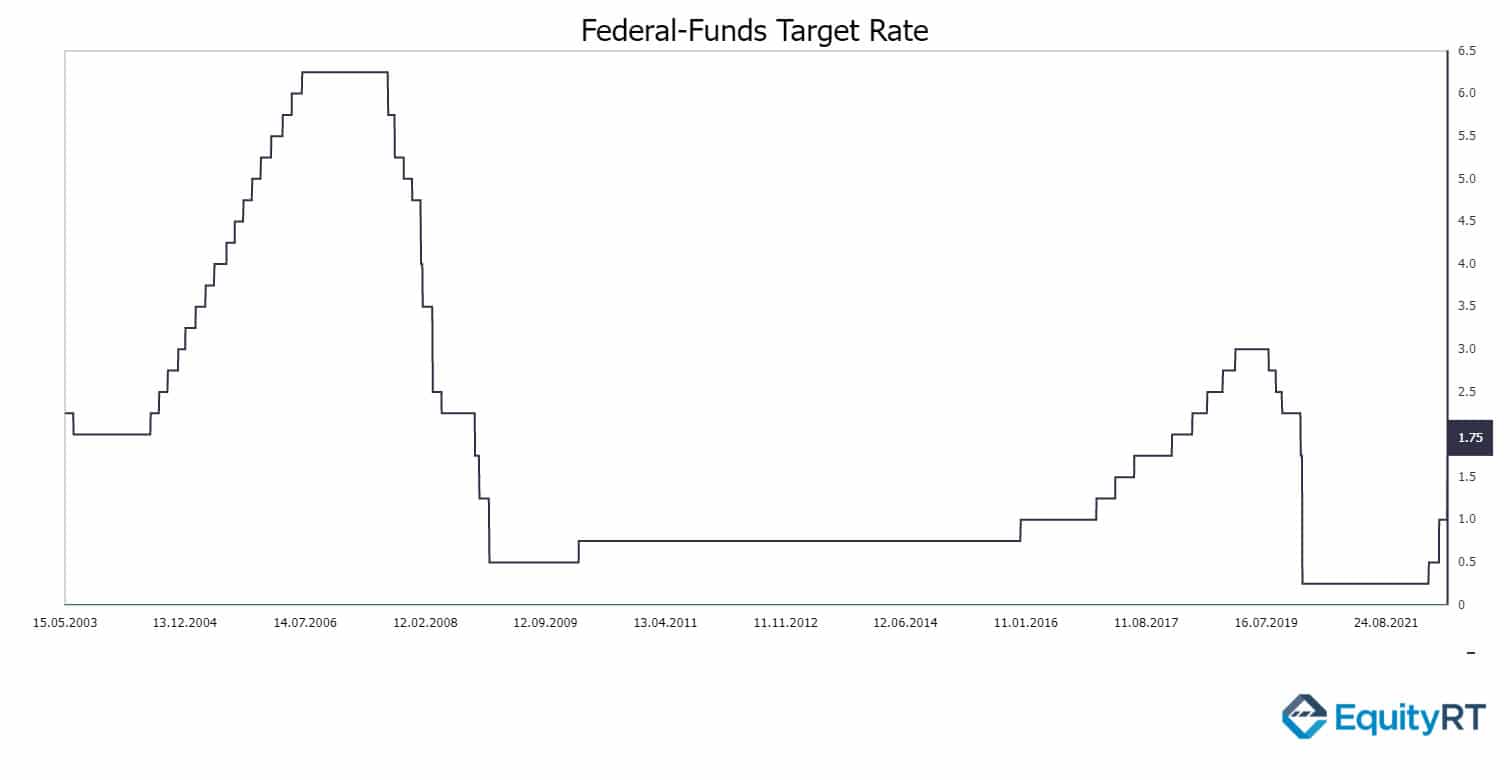 Until a few days ago, the markets were expecting another 0.5bps increase in rates, in line with the Fed’s earlier guidance, but The Fed opted for a more hawkish move after the record-high inflation figures came out last Friday. Consumer inflation in May was up 8.6% on a yearly basis. This level of inflation reflects not only rising costs for gasoline and food but also for rent and many other services.

With higher interest rates, the Fed signaled that they expect the economy to slow down significantly as a result, with inflation cooling and the unemployment rate rising.

Growth is likely to slow further next year, limiting the chance of a “soft landing” in which inflation falls without a recession.

Classically, when the Fed has had to increase rates rapidly, economic downturns were difficult to avoid.

Uncertainty about the monetary policy was the main source of the market volatility this year. More rate hikes are expected in the coming months adding to the uncertainty in the economy. Investors’ point of concern is that the Fed may slow the economy too much to reduce inflation and spark a recession.

The guidance the Fed provides about the direction of the interest rates is more important for the financial markets than the size of the rate increases.